Located on the banks of the river Thames, London is both the capital of England and the United Kingdom. It is one of the world’s most visited cities, with an estimated 31.2 million tourists per year, and the only city to have hosted the Olympics three times: in 1908, 1948 and 2012. London has six major airports and is easily accessed by train from continental Europe. It is also served by the oldest underground railway in the world. 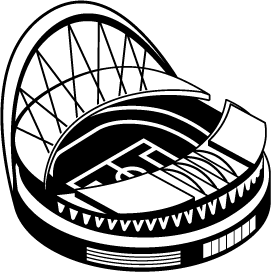 The new Wembley Stadium reopened its doors in 2007, the famous twin towers making way for an iconic arch that sits above the north stand. With a length of 315 metres and a height of 133 metres, the arch is the longest single-span roof structure in the world and is visible right across London. Wembley is home to the England National Team and also hosts The FA Cup Final, The Football League Cup Final, The FA Community Shield, The Football League Play-Off Finals, and the Rugby Football League Challenge Cup Final. The stadium also regularly hosts other major sporting events including regular season NFL games, boxing matches, and music concerts. The stadium has 90,000 seats with no obstructed views.